And in the meantime: good revolution (maybe), dear documentary.

Doc Now! returns to the Faito Doc Festival, after its debut in the 2021 edition, to continue its investigation into the documentary and the cinema of the real. Listening to the most qualified authorial voices of the contemporary scene, through live and online interviews, the section renews its commitment to establish itself as a permanent laboratory on the frayed boundaries between reality, reality, fiction, invention, imagination. Together with the public and insiders, the journey into the territory of the documentary continues in order to grasp the topography of the third millennium and its unpredictable deviations.

In the often overt mingling of reality and fiction, which characterises (not only) contemporary documentaries, it no longer makes sense, perhaps, to speak of flights of fancy. Not even for those documentaries that deliberately resort to fantasy, whimsy, the unreal. In addition to immersion, the documentary seems to live, in film narration, on constant escapism: even more true than true, a film is a lie.

By talking in a participatory interview with Marilyn Watelet (director and historical producer of Chantal Akerman) and with Olga Lucovnicova (Golden Bear at Berlin 2021 with the short My Uncle Tudor), the public of the 15th edition of the Faito Doc Festival will be able to discover how much evasion from reality and how much adherence to reality there is in the documentary.

In the 2021 edition, Firouzeh Khosrovani, whose marvellous Radiograph of a Family, awarded at the IDFA 2020, tried to answer this question by going through a metamorphosis within a metamorphosis: that of his own family in the Iran of the Islamic Revolution.

Born in Tehran in 1971, she currently lives and works between Iran, Spain and Italy.
In Italy, she graduated from the Brera Academy of Fine Arts in 2002. In 2004 she obtained a master’s degree in journalism in Tehran. She made her debut as a documentary filmmaker by writing the subject and collaborating on the photography of the documentary Behesht-e Zahra (Mother of Martyrs) on the Iran-Iraq war. He collaborated with the Italian Red Cross in Bam, the city hit by the 2003 earthquake, and made a documentary on their psycho-social assistance centre project, Life Train (2004), broadcast on Italian and Iranian television. He collaborates for several Italian and Spanish newspapers (such as Il manifesto, Limes, Culturas, Repubblica). We recall his documentary Rough Cut, entitled Bodies of Crime.

👉 Discover our first video Doc NOW! With the interview of Olga Lucovnicova with "My Uncle Tudor" (Berlinale awarded) - an Antonio Maiorino proposal.

👉 Discover our second video Doc NOW! With the interview of Alina Gorlova with "This rain will never stop" (Festival dei Popoli) - an Antonio Maiorino proposal. 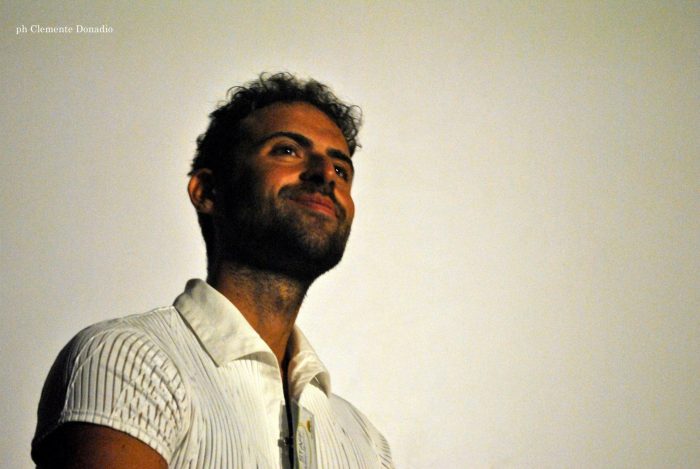 Professor of art history, journalist and film critic. After several collaborations with art magazines, online and on paper (Artribune, ArtsLife, Lobodilattice, InArte), he wrote mainly about cinema, among others for Sentieri Selvaggi, Ondacinema, Cabiria and Cinema Errante, as well as having edited a weekly cinema column in the daily newspaper Cronache di Salerno. He currently writes for Taxidrivers and Infooggi (where he founded the cinema page in 2011). He has also written several film columns on the radio (for Radio Kolbe, Radio Base, Radio Stereo 5, Radio Punto Nuovo). He has cooperated with several film festivals (RIFF in Rome, Linea d’Ombra in Salerno), also collecting several appearances as a quality juror (Sarno Film Festival, Human Rights Film Festival in Naples; BestOf Festival in La Ciotat). He currently collaborates with Cortodino and Faito Doc Festival.
=> https://www.artribune.com/author/amaiorino/
=> https://www.taxidrivers.it/author/antonio-maiorino